Last night I attended a super cool event for the Acid Jazz media launch in association with The Arts Council and the pioneering label Acid Jazz, who will be celebrating 30 years in 2022 with the touring art exhibition at various locations next year.
The venue was perfect for this purpose in the vaults at 26 Leake St, Waterloo, SE1 7NN where street artists gather to create stunning big murals. 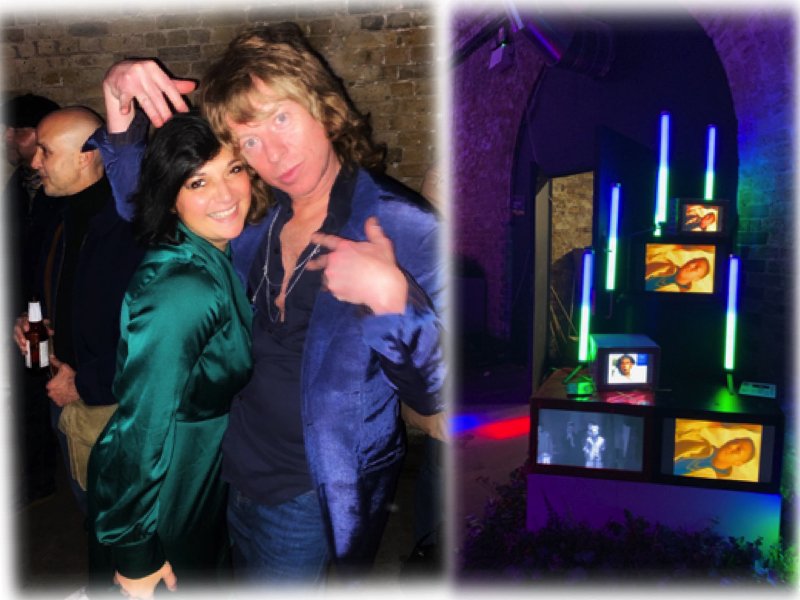 Monica Costa and Simon Bartholomew, guitarist and co-founder of Acid Jazz royalty, the Brand New Heavies at the launch party in London

Live acid jazz acts included Omar and Leah Weller live followed by DJs Femi Fem (Young Disciples), Eddie Piller, Snowboy, Dean Rudland, Perry Louis.
Among the celebrity Guests I bumped into Simon Bartholomew, guitarist and co-founder of Acid Jazz royalty, the Brand New Heavies, whom I interviewed twice during lockdown.
Throughout the evening there were fascinating projections on the brick walls of historical videos featuring musicians and dancers who made Acid Jazz.
The Acid Jazz & Other Illicit Grooves exhibition will encapsulate the musical momentum of this time through the magazine features, photography, radio stations, single and album artwork and of course the music and musicians that WERE the scene.
Touring the locations across the UK in Autumn 2022 where the acid jazz movement was arguably the strongest; Leeds, Brighton, Bristol, Edinburgh and of course London it will celebrate 35 years of a label and music genre that has truly stood the test of time and will be accompanied by live performances from some of the artists and DJ’s who helped create the genre. 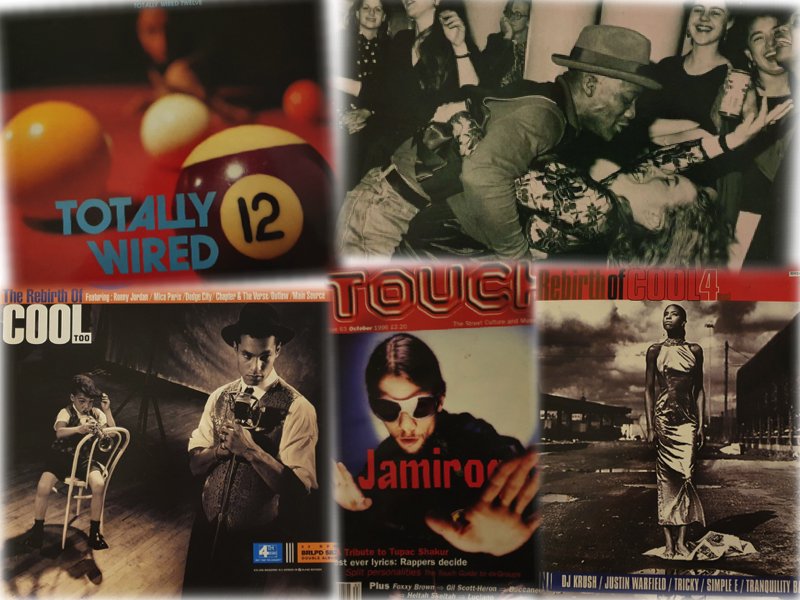 Acid Jazz was first coined in 1987 as a term by DJ Chris Bangs at an acid house night as an ironic reaction to the music policy of the night in question. Acid Jazz Records started as a simple bedroom operation established by Eddie Piller and Gilles Peterson, within three months of the first 45 release (Frederic Lies Still by Galliano), the label had grown rapidly, acquired premises in London’s east end and laid out a unique manifesto of alternative club sounds – jazz, street-soul, funk, latin, reggae and jazz poetry all put in an early appearance.
Galliano, Chris Bangs, The Night Trains, The Last Poets, A Man Called Adam, and Snowboy & The Latin Section were amongst the first wave of label signings and they all appeared live at groundbreaking jazz themed nights at London clubs like the WAG in Soho, Camden’s Dingwalls and The Jazz Cafe.
Into the 90’s and there were nights and scene’s all across the UK culminating in 1994 with the opening of the seminal Blue Note venue in achingly-trendy Hoxton Square, across the road from the bases for Touch Magazine and along from Straight No Chaser, DJ Bob Jones, and Somethin’ Else Productions who were all based in cheap rent warehouse spaces in the Square.

This entry was posted on Friday, November 26th, 2021 at 2:31 pm and is filed under Attractions. You can follow any responses to this entry through the RSS 2.0 feed. Both comments and pings are currently closed.