A night out with the Collabro boys

Since interviewing Matt from Collabro last year, I have been following the whereabouts of the world’s most successful musical theatre group and former winner of Britain’s Got Talent, who have just released their highly anticipated third album Home today, through their own label Peak Productions. Last night they threw an amazing party for a few guests (I was there too!) and sung some of the most iconic songs from Home including Beauty and the Beast. 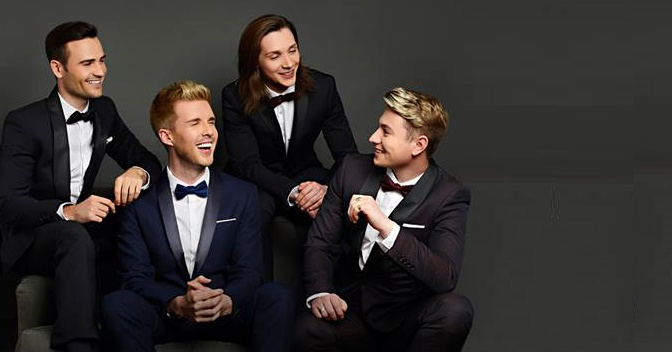 The new album is really a step forward in Collabro’s career and will certainly shoot them up to the top of all charts. It’s that sort of music that pleases and unites everybody from kids to mums and even grandparents. This is why I love it. And features some of my favourite musicals’ songs.

It was great to meet the boys again last night and catch up. My second interview will be live soon. 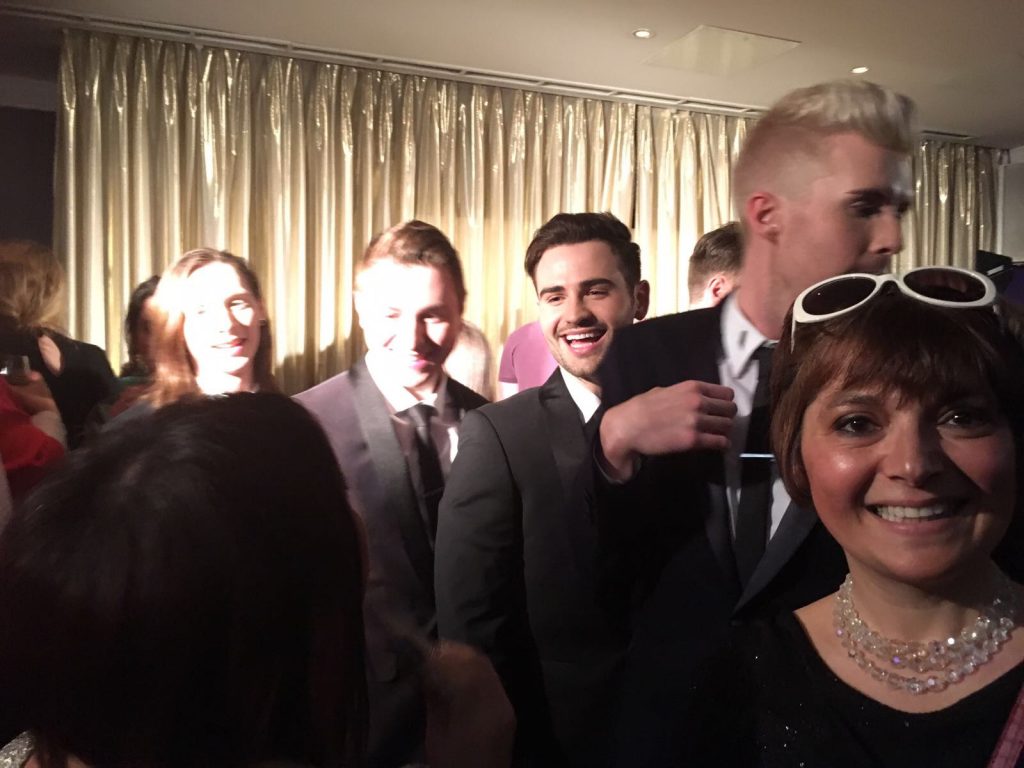 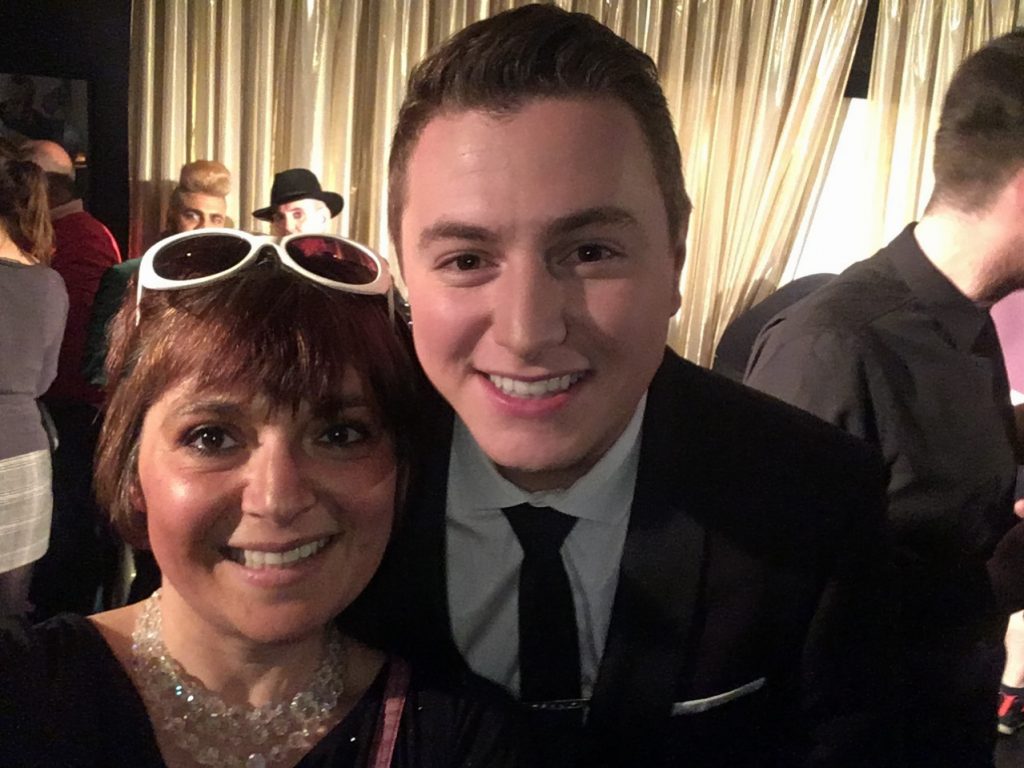 Home can be downloaded from iTUNES or from AMAZON

I wondered why they decided to set up their own record label and the answer is that by doing so they are now becoming fully involved with marketing and promotion, giving them the opportunity to have complete creative control over their own music and the way it’s released: from unveiling the album track list as a digital advent calendar as a Christmas present to their fans, to setting up an online poll for fans to choose the tracks that would make the final cut of the new album. 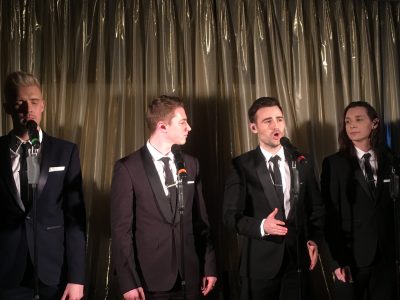 The new release marks their debut as a quartet – exactly 1000 days after they won Britain’s Got Talent – Jamie, Matt, Michael and Tom feel this album “is a reflection of us coming home”; full of musical theatre classics, the genre that won them the biggest share of the vote as well as winning the hearts and minds of the British public.

Lending their hand-picked selection of favourites, ‘Home’ features musical classics from stage and screen that include the iTunes instant gratification track ‘This Is The Moment’ (from the sensational Jekyll & Hyde chosen by fans by an online poll), ‘Beauty And The Beast’ (taken from the iconic Disney film) and ‘Oh What A Night’ (featured in the West End smash hit, The Jersey Boys).  The album also features one original track ‘Lighthouse’ written by Ben Adams formerly of BRIT Awards-winning boyband A1.

Collabro’s first album ‘Stars’ charted at No. 1 knocking Ed Sheeran off his record-breaking streak. The album became the fastest selling debut album of 2014. Their second album ‘Act Two’ followed its predecessors’ success, entering the UK charts at No. 2 in the summer of 2015, again becoming one of that year’s biggest selling records. 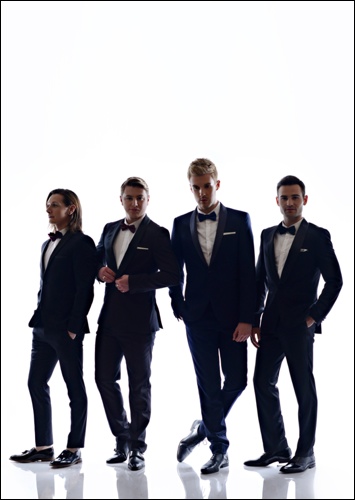 The group have sung in front of royalty at the Royal Variety Performance, V.E Day and Windsor Castle, and also performed at huge venues in front of thousands at the London O2 Arena and Wembley Stadium, most notably Soccer Aid 2016, in front of 7 million viewers. In addition to the success in the UK, where they completed two major sell-out tours with headline dates at the London Palladium and the Royal Albert Hall, they band have also performed multiple times to 30 million viewers on Music Station and Sukkiri in Japan, as well as completing multiple international tours and gaining a big fan base in the US.

COLLABRO met in 2014 above a pub in London for their first rehearsal, just a month before the newly formed band went on to rouse the whole of the Hammersmith Apollo into a standing ovation during their debut public live performance of ‘Stars’ for their audition for Britain’s Got Talent. Having won their semi-final heat with over 63% of the votes, they then won the overall competition with one of the biggest majorities ever and subsequently signed to Simon Cowell’s label Syco, becoming label mates with the likes of One Direction, Little Mix, Susan Boyle and Il Divo.

Empowered by their new set up, the band is excited to announce a special live show a The Hippodrome in London on 2ND March, where they will debut the entire album for the very first time in front of their solid fan base or how they like to call them, ‘Collaborators’, who have loyally supported them along the way.

The album track listing is as follows:

3.. Beauty and The Beast (from Beauty & The Beast)

5.  Send In The Clowns (A Little Night Music)

I even met the most famous children’s doctor on Cbeebies, Dr Raj. Watch this space as I will interview him soon. 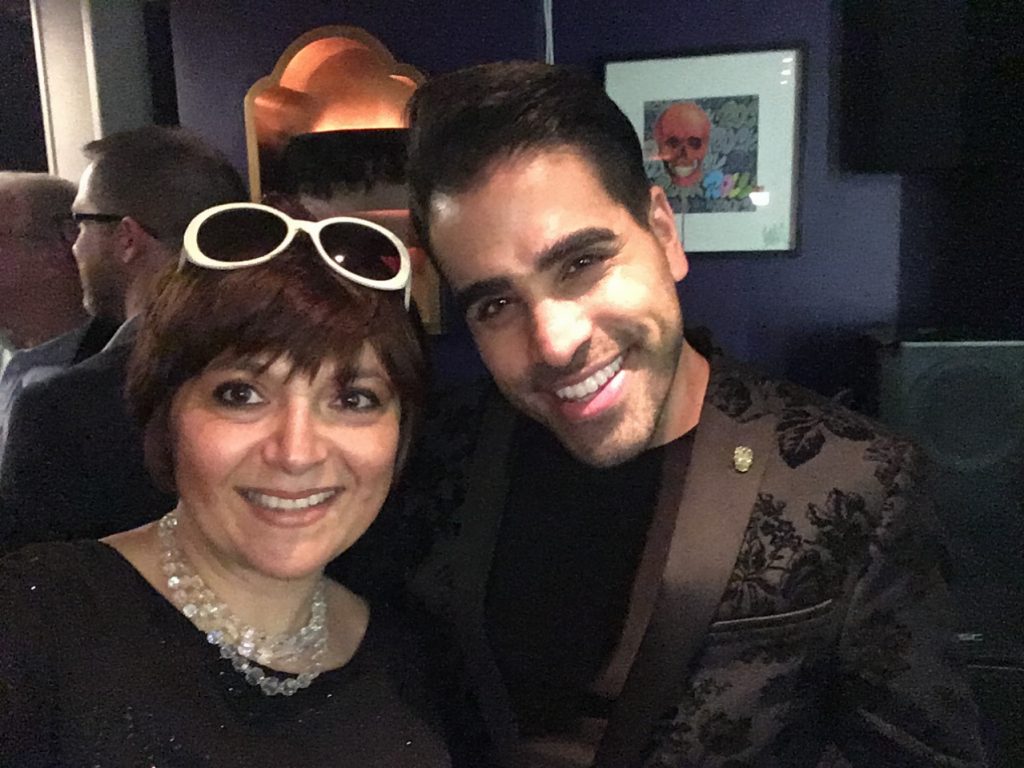 If you loved this feature, you maybe want to read my interview from last year and watch the videos from the party at the Royal Albert Hall:

Exclusive Interview with Matt from Britain’s Got Talent winners Collabro

This entry was posted on Friday, March 3rd, 2017 at 3:51 pm and is filed under Attractions. You can follow any responses to this entry through the RSS 2.0 feed. Both comments and pings are currently closed.